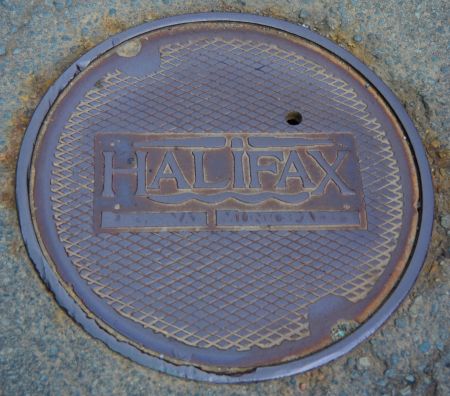 While recently running an errand in Halifax I snapped these manhole covers as examples of subtle industrial design.  I didn’t notice as much variety among them as I’ve seen in other cities but that’s probably because I collected these so quickly.  Still, there are a few distinctive examples to see, including one that’s a square cover formed by two triangles.