While I’ve previously written about the significance of hockey to Canada, the abundance of hockey stories of late seems greater than usual and so caught my attention.  Maybe it’s because as regular season NHL play winds down, sports writers and others with commentary to share on some slice of the hockey world feel pressed to get their pieces wrapped up before the post-season dictates a more focused narrative.    Among the more interesting stories I’ve seen in the past couple of weeks is one from the March 1 edition of the NY Times on the rough-and-tumble Ligue Nord-Americaine de Hockey.   That Quebec-based league, which is not well known below the border, averages about 3.2 fights per game as compared to about 0.6 fights per comparatively tame NHL game.  END_OF_DOCUMENT_TOKEN_TO_BE_REPLACED 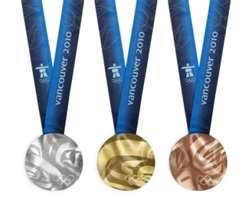 Up to now I’ve purposely avoided posting anything on the Vancouver Olympics simply because there is so much content about the games readily available from many other sources and commentators who are far more knowledgable and insightful about the Olympics than myself.   As this quadrennial display of athletic prowess draws to a close, there are many incredible moments — some poignant and some spectacular — from the past two weeks that will make these Winter Games memorable.

I’ve only seen a fraction of the games this year but some of the moments that stand out include the unfortunate death of Georgian luger Nodar Kumaritashvili, the consistent excellence of Canadian Ashleigh McIvor in the debut of Ski Cross as she handily achieved gold, the mistaken lane mishap of Dutch speed skater Sven Kramer, the first Olympic gold for the U.S.’s Bode Miller, the record eighth medal garnered by U.S. short-track skater Apolo Ohno, and the record-setting points achieved by Kim Yu-Na of South Korea in her gold medal performance.

However, the matchup of Canada and the United States in the men’s hockey final on Sunday is for me the pinnacle of such exciting moments given the back story leading up to this match.  After seeing the U.S. best Canada in the preliminary round, one could readily empathize with the crestfallen despair of Canadians everywhere.  I dare say hockey is truly Canada’s game (its dominance in the arcane world of ice curling notwithstanding) and for the national team to endure an early loss in their own country surely startled the Canadian players at least as much as it probably surprised what was then regarded as the underdog U.S. team.

Weighing conventional wisdom about these two teams against the hockey results so far in Vancouver,  it is difficult to say who should be counted as the underdog and who the favorite going into the final.  This deciding game is likely to be at least as memorable as the astounding surprise victories of the U.S. team 50 years ago  in the 1960 Squaw Valley Winter Games and the later 1980 “Miracle on Ice” at the Lake Placid Winter Olympics.  Regardless of how each team fares on Sunday, here’s hoping for many more future and equally exciting Winter Olympics finals matches between these two countries.

Postscript (2/28/10):  Team Canada pulls off the win 3-2 in overtime play, after the U.S. tied up the score 2-2 with less than 24 seconds left in regulation play.  An exciting finish from two teams with great heart!