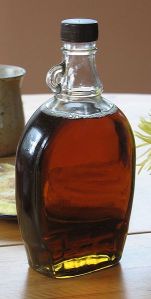 Given the prominence with which the maple leaf is emblazoned on its flag, the cultural importance to Canada of the maple tree and, by extension, the “fruit” of that tree, maple syrup, is difficult to mistake.  I recall watching a grainy black-and-white educational reel in grade school touting the time-honored process and virtues of Vermont maple syrup production, which impressed me as much as anything by the way the syrup flowed so copiously from a narrow pipe hammered into a tree’s trunk.  Vermont, of course, produces some excellent maple syrup but Quebec, which produces over 80% of the world’s supply of maple syrup, is the undisputed champion in that realm. 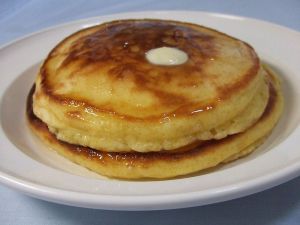 In addition to the early Spring thaw being upon us, which is the prime season for harvesting sap, I was reminded of maple syrup’s primacy by an article in the NY Times from this past December, which caught my attention then because of its unusual subject:  the theft in Quebec of over 6 million pounds of maple syrup valued at about $18 million from the global strategic maple syrup reserve.  Okay, that’s a huge amount of maple syrup.  But cue up the look of surprise — a global strategic maple syrup reserve!  Huh?  The very existence of a strategic reserve — now containing an estimated 46 million pounds of syrup — is even more telling about the significance of this sweet amber substance to Canada.

I’m not enough of a maple syrup connoisseur to easily detect the differences between Quebec / Canadian and Vermont varieties of maple syrup, but there is almost always a bottle (an actual glass bottle!) of maple syrup from Canada in the cupboard.   While I most commonly enjoy it with pancakes, it is a fitting accompaniment to eggs, oatmeal, ice cream, vegetables and other foods.  A recipe I clipped a couple of years ago from Saltscapes magazine for maple-glazed carrots produced a delicious take on that root vegetable.   On that note, here are a few links to some Canadian maple syrup recipes that look quite good:

Recipes from I Love Maple