Given that Canada just had a memorable election and the U.S. is still in the throes of its year-plus presidential campaign marathon, this seems to be a good opportunity to interject a smidgen of politics into the mix.  But not too heavy —  so let’s look at some early pop culture. 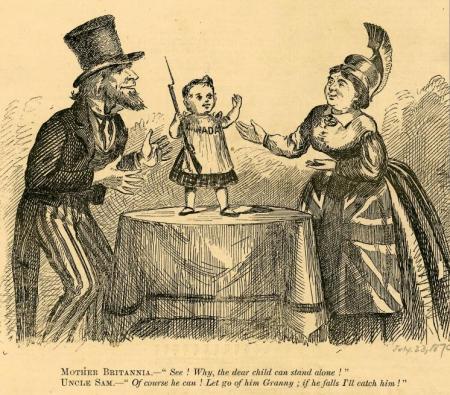 Political cartoons depicting relations between Canada and the U.S. extend back to the founding days of both countries. The images depicted here, from the late 1890s through early 1900s, mostly play on a recurrent theme of the U.S. being attentive or aligned with Canada for reasons that were alternately virtuous or of a more self-interested intention.  With Canada then still firmly part of the British Empire, Britain also figured prominently in many such scenes from this period. 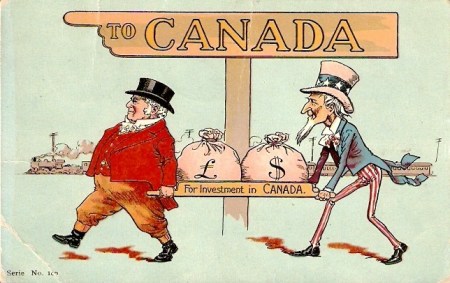 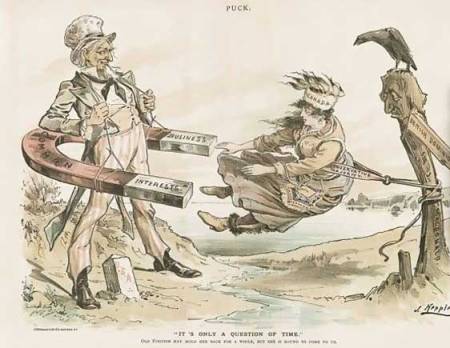