A few weeks ago Adventure Canada, the operators of an adventure tour in Nunavut, was forced to evacuate, with the assistance of the Canadian Coast Guard, over 100 passengers and dozens of crew members from its Clipper Adventurer because the ship struck a then-uncharted rock in Coronation Bay off the Arctic Ocean.  My heart went out to those whose amazing adventure into this vast wonderland had to be cut short.

The news reports of the incident focused my attention on Nunavut, which I have not visited (yet!).  From what I can tell, Nunavut is among the least visited Canadian provinces because of its remoteness. 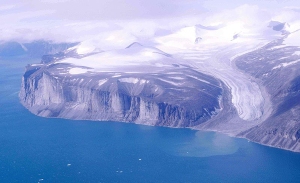 Although most of Nunavut is situated north of the Arctic Circle, because the province is so vast within its borders lies the geographic center of Canada.  The province is comprised of a massive expanse of mainland Canada and a sprawling archipelago, each with terrain as rugged as any to be found within the country.  Originally part of the Northwest Territories, Nunavut became a separate province in 1999 as part of a federal commitment to establish a territory for the indigenous Inuit people.

Link to Map of Nunavut: Map%20of%20Nunavut