Christopher Pratt is justly considered one of Canada’s most significant living artists.  His realistic art focuses on Atlantic Canada, particularly his home province of Newfoundland and Labrador.  Pratt’s compositions are usually quite spare and many convey a notable sense of melancholy and reflective quietude, whether of outport cottages and other simple structures with strong architectural lines or his sweeping coastal landscapes. While his style is distinctively his own, the subdued moodiness of Pratt’s work brings to mind that of Edward Hopper and the realist paintings of Alex Colville, another Canadian master who taught at New Brunswick’s Mount Allison University at a time when Pratt was a student there.   Mount Allison is also where Pratt met his now former wife, Mary West Pratt, an equally noteworthy Canadian painter in her own right. 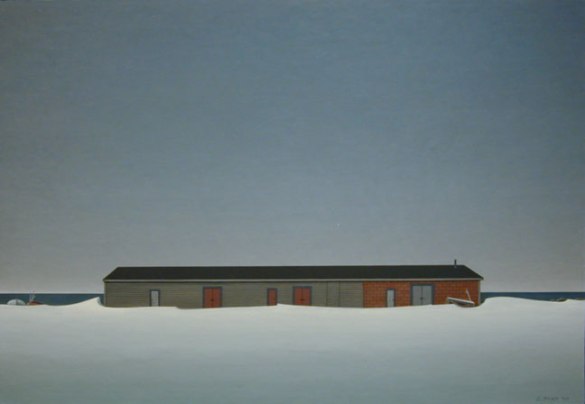 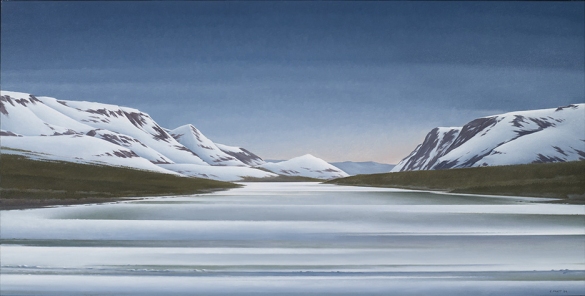 •  In Memory of Alex Colville