I’ve seen the street photography of Fred Herzog previously but a brief essay by Geoff Dyer in today’s New York Times Magazine prompted me to look anew at Herzog’s work.  Herzog came to Canada in the early 1950s from Germany and from the late 1950s through the 1960s pioneered color street photography in his adopted city of Vancouver.  His candid shots provide a splendid if unvarnished documentary of the city and its people during that period.  The vintage images also subtly illustrate many things that have changed in Vancouver and other urban areas throughout Canada (and America) in the past several decades.

More of Herzog’s work can be seen at Vancouver’s Equinox Gallery and on its website. 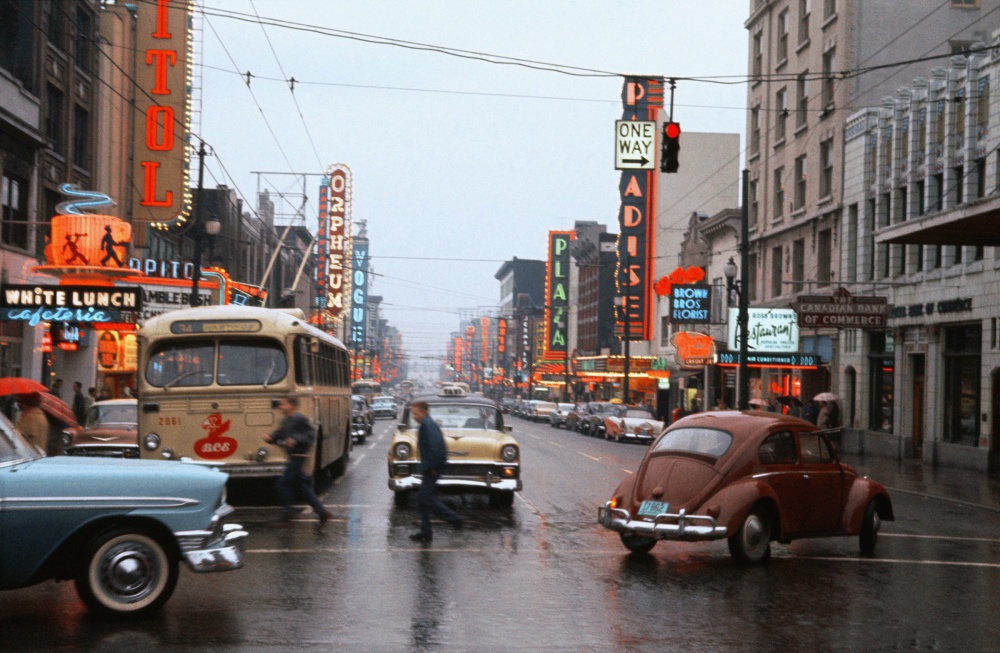