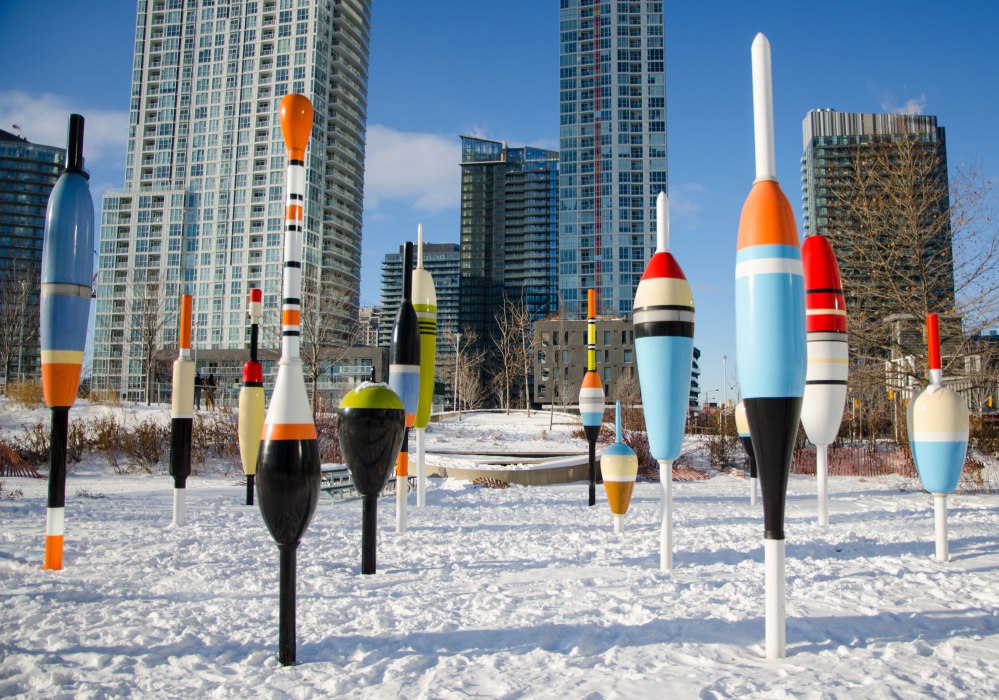 During the week after Christmas Toronto’s temperature plummeted to a 57-year record low.  Brrrrr!  Bundled up tightly against such crazy wintery weather, the day was slightly brightened by coming across this group of colorful sculptures of fishing bobbins.  Situated in Canoe Landing Park in the CityPlace neighborhood, these cheerful works were created by noted Vancouver artist Douglas Coupland.  Elsewhere in the park there is an oversized sculpture of a red canoe (also by Coupland), in which park-goers can sit and look out across Gardiner Expressway toward nearby Lake Ontario.  Clever and fun subject for sculptures and another great example of the vibrant public art that can be found throughout metro Toronto. 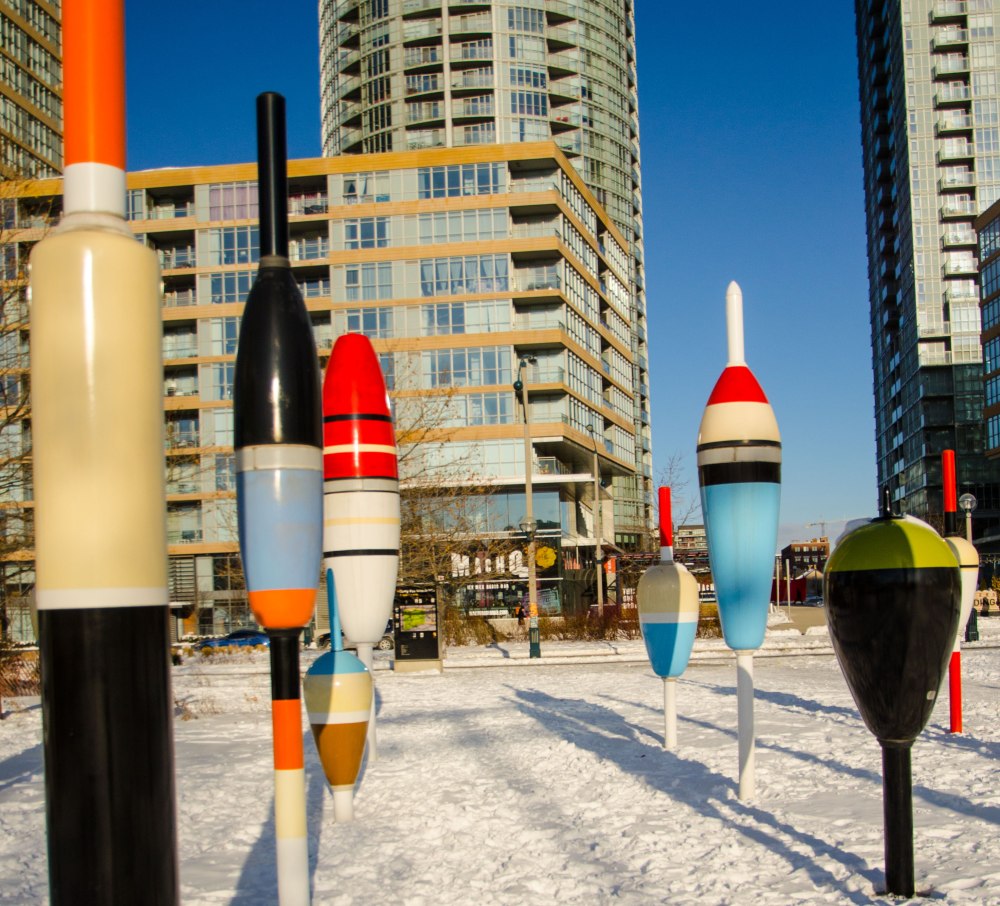 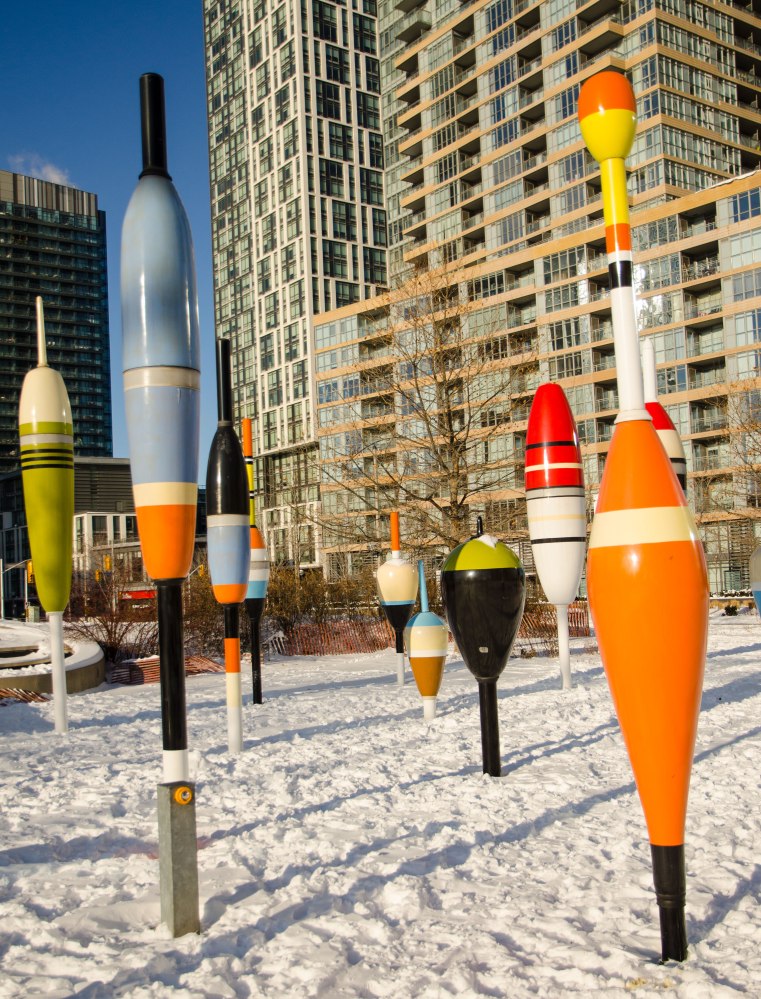