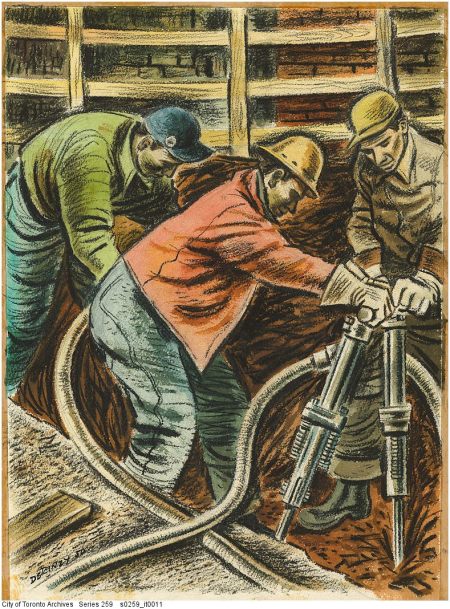 Unless you were around when it was built (I wasn’t, by the way!), it’s difficult to imagine how massive an undertaking it was to build Toronto’s subway system.  Shortly before it’s opening in 1954, local artist John DeRinzy, who worked as a graphics designer for Simpson’s department store (later part of the Hudson’s Bay chain), documented the progress of this major public works project in a series of watercolor and charcoal landscapes.  His inclusion of workers in these images helps the viewer to connect emotionally to the scenes depicted.  They are reminiscent of the style displayed by public art of the New Deal era a couple of decades earlier in the U.S.   (DeRinzy’s work also brings to mind Caven Atkins’ painting “Arc Welder Working on Bulkhead” (1943), which can be seen in this 2013 O’Canada post.)

More background on these images can be found in the City of Toronto Archives here. 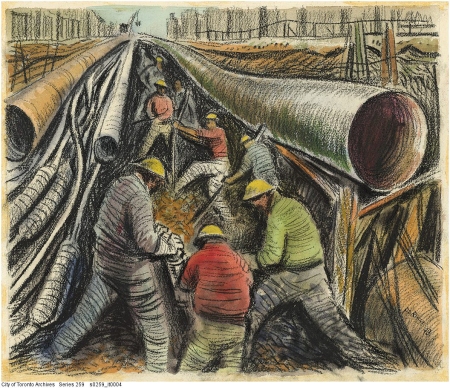 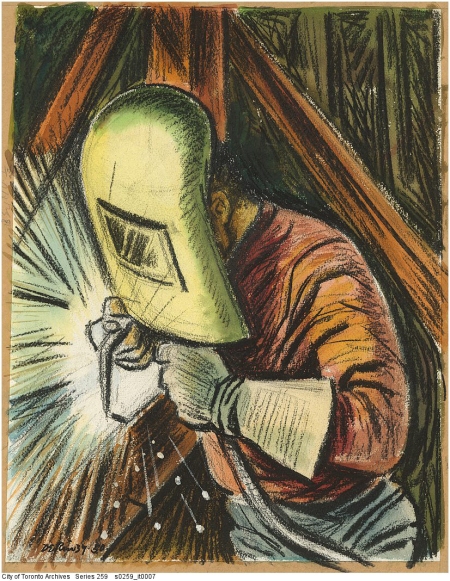 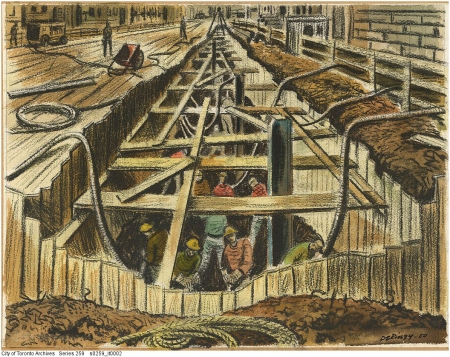 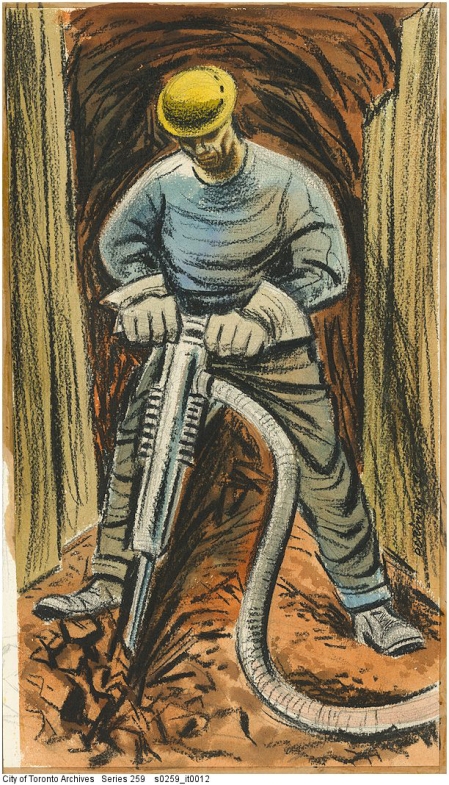