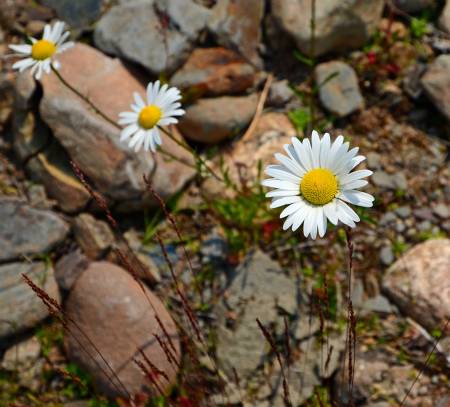 Walking along a backroad trail in Harbourville, Nova Scotia near the Bay of Fundy shore these small flowers hugging the ground caught my attention.  While their more commonly known and larger floral cousins (such as roses, tulips, lilies and the like) may receive more attention, the abundance of these tinier, prosaic blooms poking their vibrant colors through rocky terrain and from under scattered logs provides a perfect backdrop for a hike close to the water on a lazy summer day. 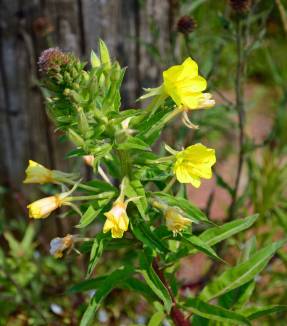 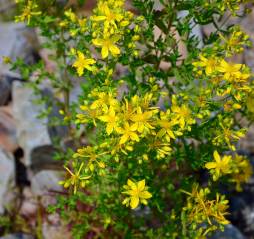 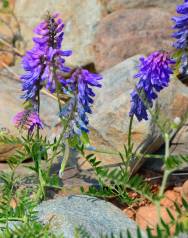 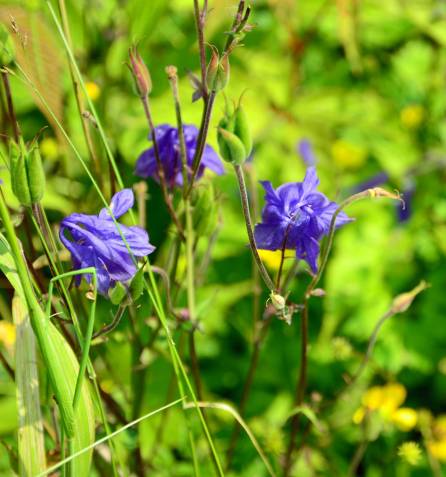 I just got back from several days and about 65 miles of hiking with one of my sons on the Appalachian Trail in North Carolina.  Among the notable features along the North Carolina section of this major east coast footpath are many gorgeous vistas, beautiful water falls and streams and high mountain meadows.  The AT, as it is sometimes called, extends between Georgia up to Maine, following the range of the Appalachian Mountains over its 2,100+ miles in the U.S.

As I was hiking, I recalled that the Appalachian range  actually ends much further north of Maine continuing as it does up into New Brunswick and Quebec on the mainland with a final section of the mountains ending near Belle Isle, Newfoundland and Labrador.   About 15 years ago, a number of hiking enthusiasts conceived what is called the “International Appalachian Trail”, which is a trail extension trail along the natural geography of this ancient mountain range into Canada without regard to national borders.  (Because North America, Europe and Africa were all once connected in truly ancient times, there is even an effort to route a trail with a continuation into Britain then onto Spain and finally in North Africa, linking together the geographical “remains” of this once vast inter-connected range.)   Already quite a few hikers have undertaken and completed the additional challenge associated with the trek from Mt. Katahdin, Maine up to Belle Isle.

Endpoint of the Appalachian Trail in Maine

Having already hiked along several beautiful trails on Canada’s east coast, I’m sure the International AT holds special beauty and I’ll look forward to tackling stretches of it myself at some point.  For now, though, I’ll admire such feats from afar as my dogs are still barking from my most recent trail outing.