I’ve always appreciated the intricacies that permeate just about any map, each being a kind of artwork exhibiting both  numerous rules of expression and many quirky curiosities.  A few months ago, in preparation for a creative project I planned to undertake,  I assembled a collection of about 200 vintage road maps, many from the period 1930-1960.   Among the many gems in this passel was an official Canada Roads Department map of Quebec from 1933, a time when travel by car was still fairly new and roads were not nearly as well developed as today.  As evident from the lack of roads across much of the map, vast expanses of this wonderful province were virtually inaccessible by any vehicle. 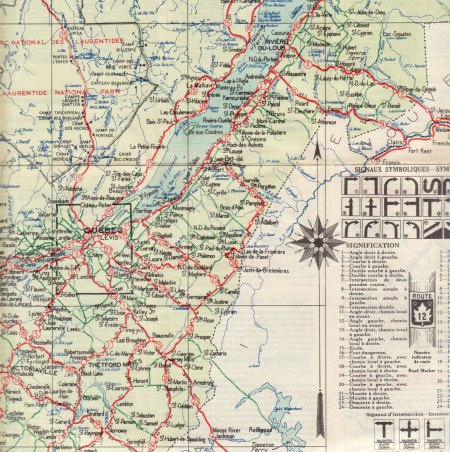 Times were obviously simpler then.  Helpful pointers on the map included the admonition that speed limits within Quebec for touring cars were 20 m.p.h. within any city or town limits and 30 m.p.h. in open country — now we’re flying!  For commercial vehicles, things were truly at a crawl, with a loaded truck with inflatable tires being limited to no more than a leisurely 12 m.p.h.  Roads being less well paved than they are are today, mud splashing was also a particular concern as the tips for motorists warned that for this “you are liable for damages.” 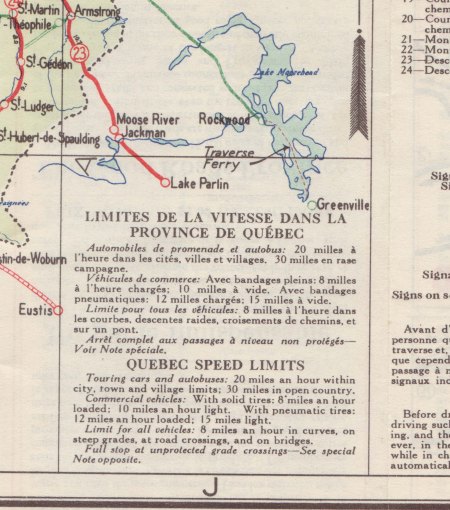