Chartered in 1881 as a means of fulfilling the federal government’s commitment to British Columbia when it joined into the Canadian Confederation with the condition that a transport link from the east be established all the way to B.C., the Canadian Pacific Railway became a crucial link in forging a national identity that literally and figuratively united the east and west coasts of Canada.  As it grew, the CPR, as it was sometimes called, acquired additional rail corridors, steam ship lines, hotels and telegraph facilities.

Because of its many transport holdings, the Railway became associated more generally with travel of all sorts within the Canadian border, and, for many, even travel far beyond the country.  To promote its extensive travel offerings, the CPR commissioned a diverse array of what is now regarded as classic travel art, in the form of exquisitely illustrated posters, brochures and other advertising pieces.  A few examples are shown below (click on image for larger view). 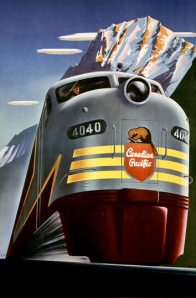 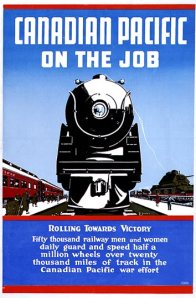 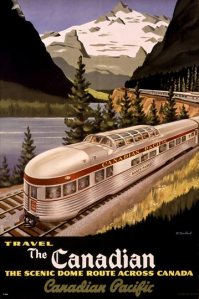