Even with sophisticated modern equipment, bridges are marvels of engineering skill.  Bridges from earlier periods, such as the array of Canadian ones featured on these vintage postcards, built without the benefit of such conveniences and often at the cost of many lives and injuries, are that much more impressive! 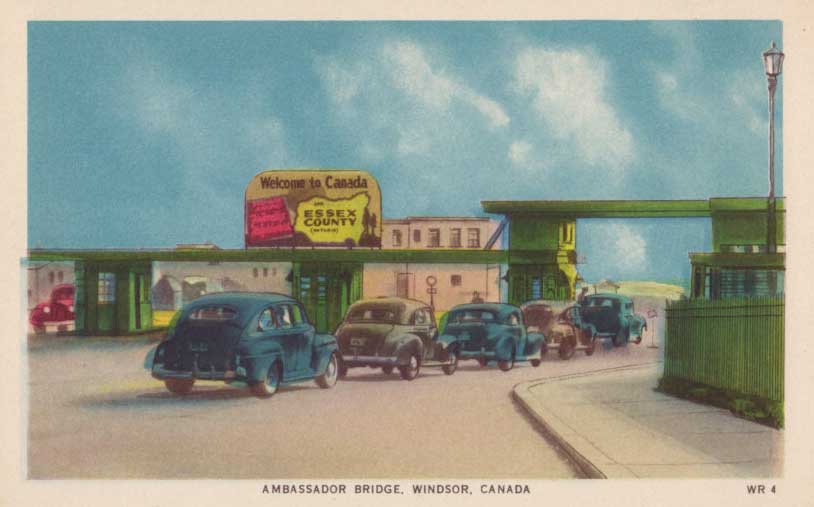 Heading into Canada from Detroit.  About 1940s, when cars featured many curves. 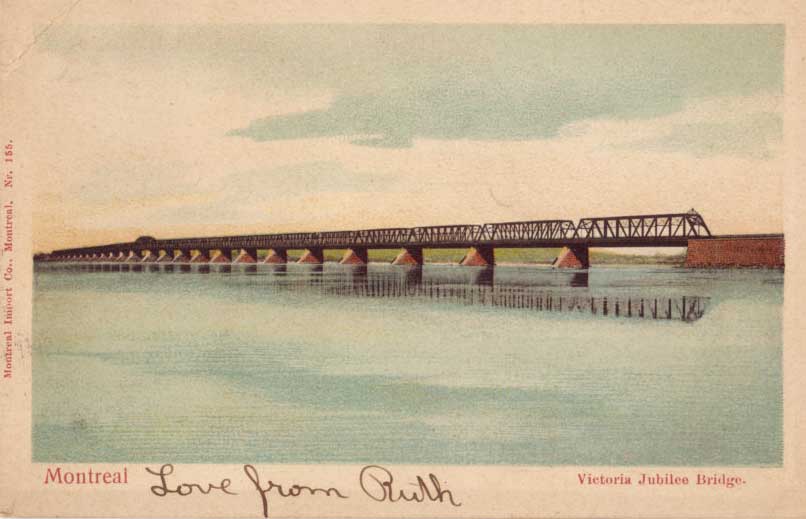 Love the simplicity of this image and the partial reflection. Postmarked 1906.

A singular Canadian achievement when built around 1913.

Another bascule bridge with a small boat passing under.

Early 1900s. This bridge is close to the one photographed in an earlier post on my blog near Clementsport, N.S.

About 1951. This is an amazing suspension bridge!

Lots of boaters around this one. Postmarked 1921.

About 1920s. Nice old water tower at other end. 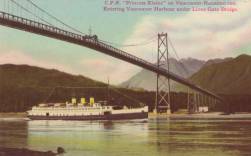 The Princess Elaine was built in 1928 for the Vancouver Ferry System and was a jewel of the ferries at the time. Postcard is about 1930s. 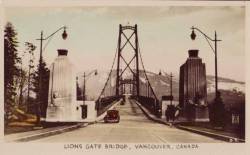 About 1940. Non-traditional focus for a bridge image. Neat old auto coming toward the viewer.

About 1920. Less well-known and more secluded than the Capilano Suspension Bridge several miles away in Vancouver.

Postmarked 1941, addressed to Shirley Meador in Milrose, Massachusetts. Back of card reads, “My dear sister, How can you ever get along without me there? Ken” 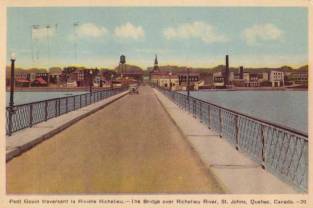 Another view of the Pont Gouin in St. Johns, Quebec. Postmarked 1939. 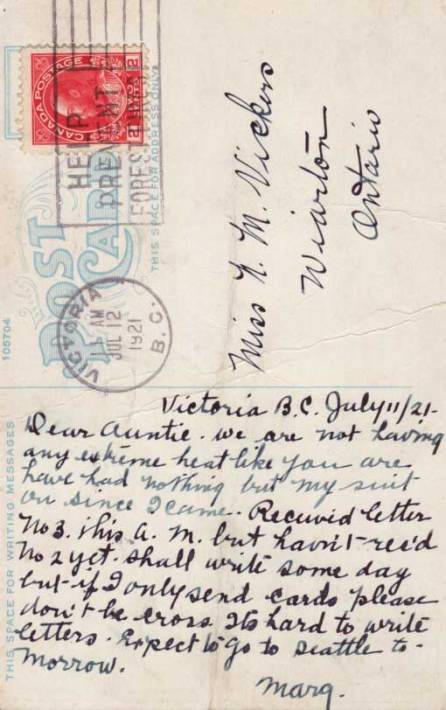 Reverse of the Victoria Gorge card in this group. Postmarked 1921. Like the line: ” . . . if I only send cards please don’t be cross. It’s hard to write letters.” Only a name and a town were needed for an address.