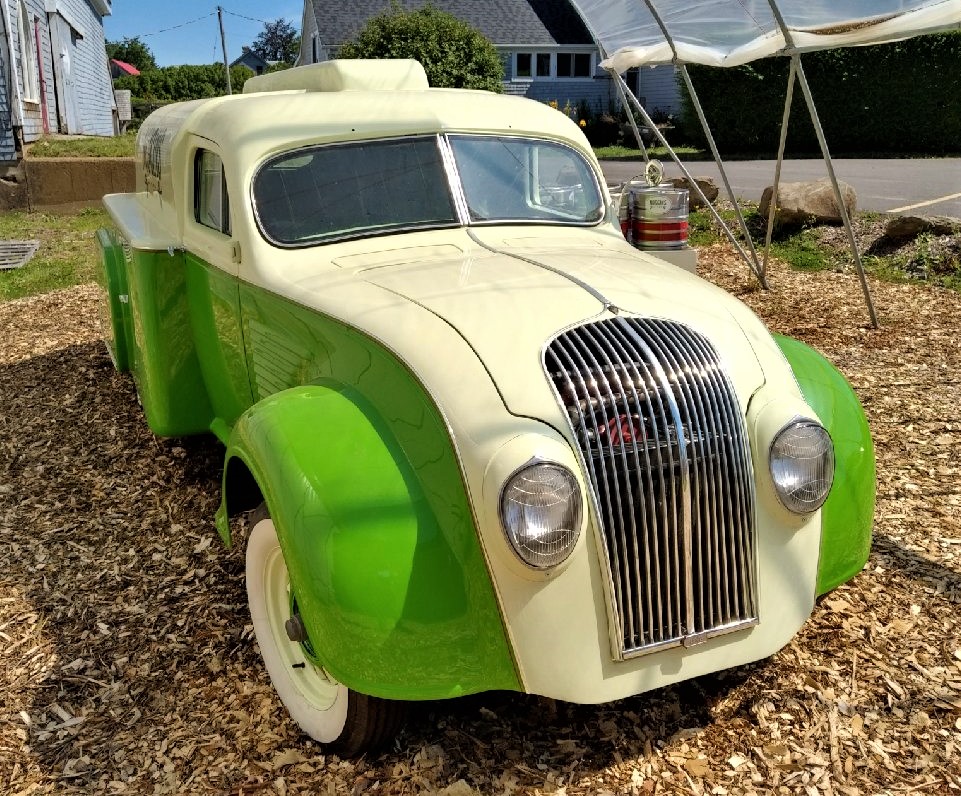 While I often highlight notable visual artists, I’m sure most of us appreciate that artistic creativity is expressed in many forms.  Case in point is Chad Hiltz, who has carved out a distinctive niche creating all manner of custom vehicles.  While he’s done his share of classic car restorations, where Hiltz really shines is using the old bones and other raw material of a rusty jalopy and making that into something that was previously nowhere else but in his imagination.

An excellent example of Hiltz’s work is his take on a delivery truck for Noggins Corner Farm Market and Cider Company, a local farm market and cider company in Nova Scotia’s Annapolis Valley, which is where I crossed paths with  Hiltz’s spiffy creation on a recent weekend drive.  I pulled over and snapped a few shots and then made a note to find out about the backstory.  The curves, the styling, the double rear axles, and so much more about this one-of-a-kind street rod are all inspiring!   I don’t know all the details for this build but the starting point was the body of a 1934 DeSoto Airflow sedan, a car that when introduced was noted for its then-innovative aerodynamic design.  Hiltz took that foundation and elongated it and then reinterpreted what that car might be if it were a truck.  The results are outstanding.

Hiltz operates Hiltz Auto Co. in Canning, N.S. and has parlayed his creative skills into a Discovery Channel – Canada show called “Bad Chad Customs”.   His Facebook page has additional photos showing the progress of his work on this Noggins Cider delivery truck. 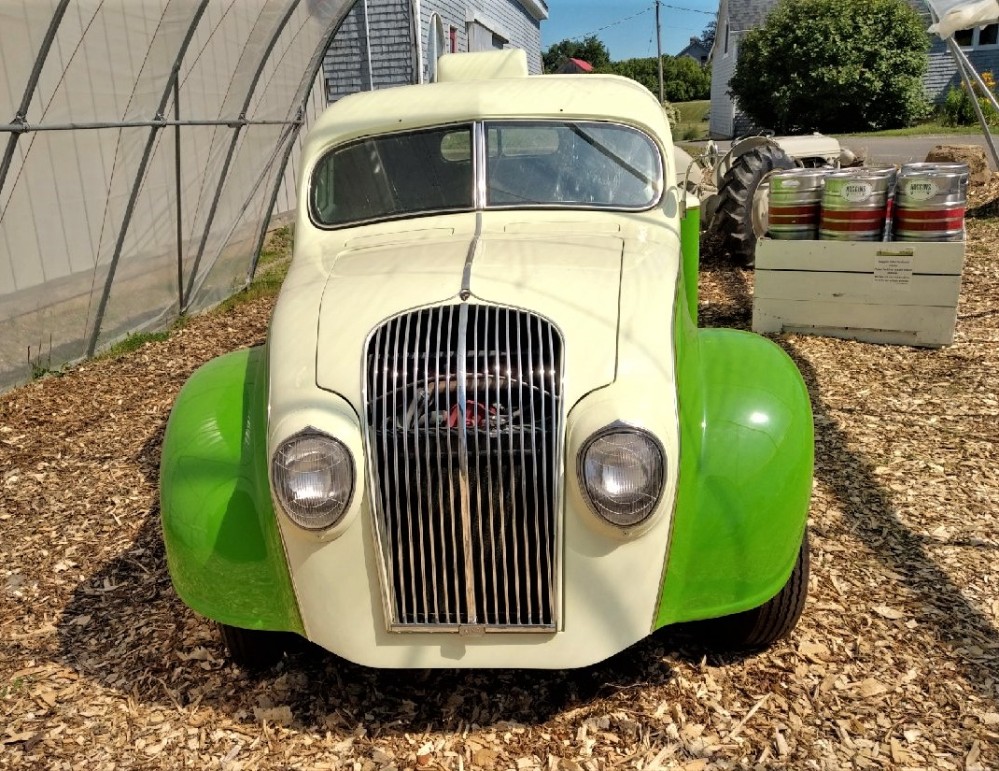 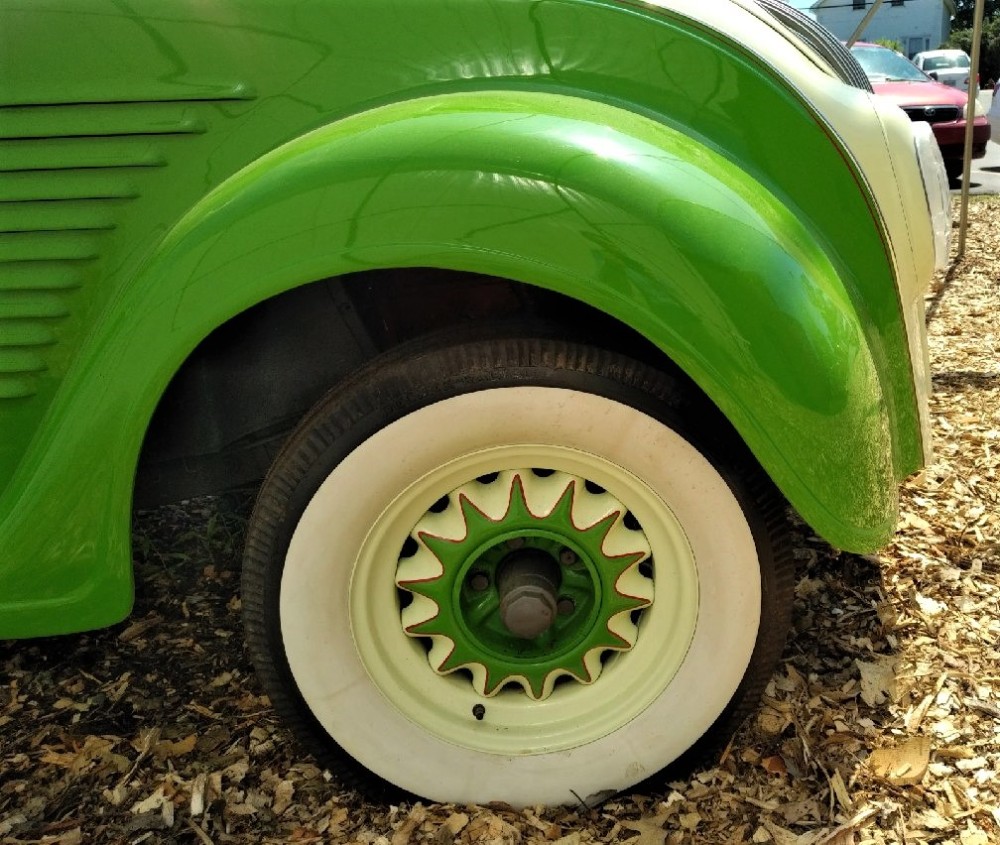 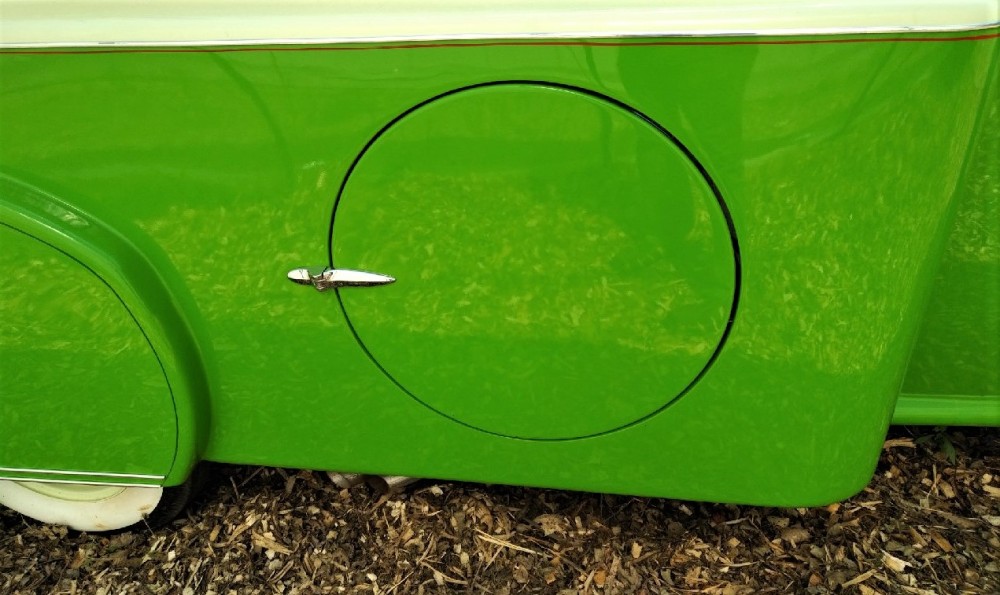 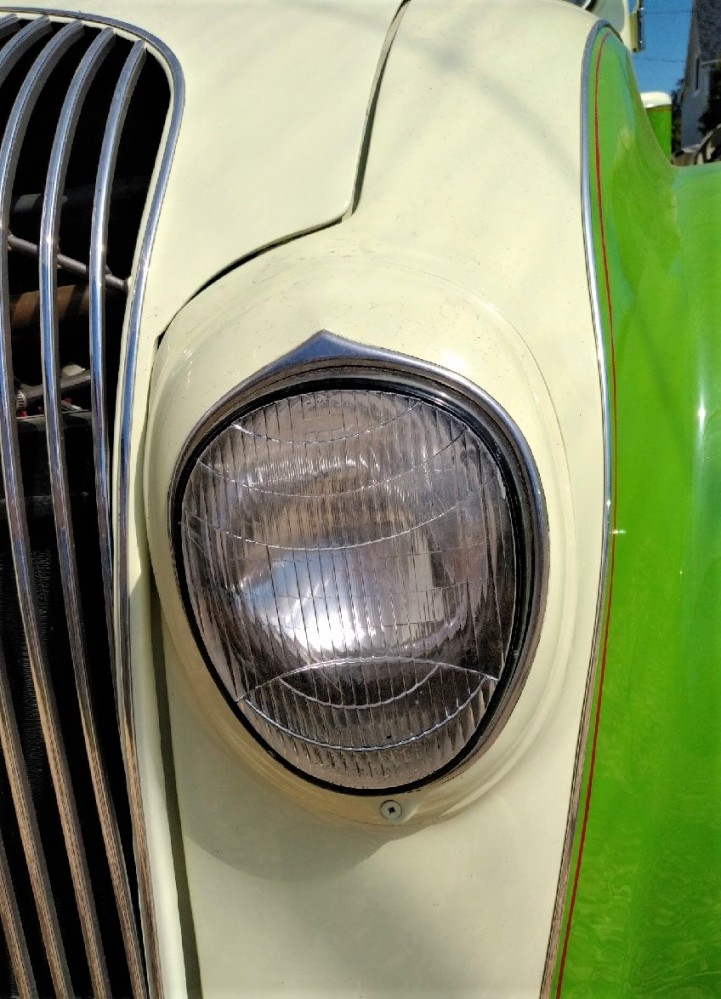